The Neolithic in Britain was a period of fundamental change: human communities were transformed, collectively owning domesticated plants and animals, and inhabiting a richer world of material things: timber houses and halls, pottery vessels, polished flint and stone axes, and massive monuments of earth and stone. Equally important was the development of a suite of new social practices, and an emphasis on descent, continuity and inheritance. These innovations set in train social processes that culminated with the construction of Stonehenge, the most remarkable surviving structure from prehistoric Europe.
Neolithic Britain provides an up to date, concise introduction to the period of British prehistory from c. 4000-2200 BCE. Written on the basis of a new appreciation of the chronology of the period, the result reflects both on the way that archaeologists write narratives of the Neolithic, and how Neolithic people constructed histories of their own. Incorporating new insights from the extraordinary pace of archaeological discoveries in recent years, a world emerges which is unfamiliar, complex and challenging, and yet played a decisive role in forging the landscape of contemporary Britain.
Important recent developments have resulted in a dual realisation: firstly, highly focused research into individual site chronologies can indicate precise and particular time narratives; and secondly, this new awareness of time implies original insights about the fabric of Neolithic society, embracing matters of inheritance, kinship and social ties, and the 'descent' of cultural practices.
Moreover, our understanding of Neolithic society has been radically affected by individual discoveries and investigative projects, whether in the Stonehenge area, on mainland Orkney, or in less well-known localities across the British Isles. The new perspective provided in this volume stems from a greater awareness of the ways in which unfolding events and transformations in societies depend upon the changing relations between individuals and groups, mediated by objects and architecture.
This concise panorama into Neolithic Britain offers new conclusions and an academically-stimulating but accessible overview. It covers key material and social developments, and reflects on the nature of cultural practices, tradition, genealogy, and society across nearly two millennia. 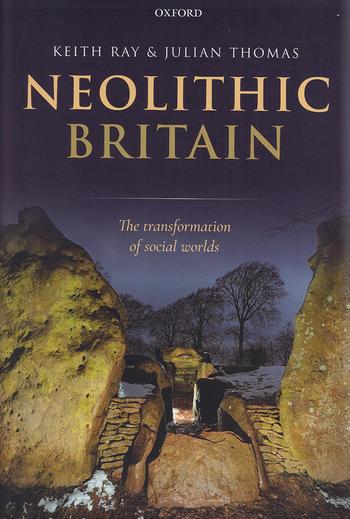